Freemasonry: A living tradition of  and service. Through self-improvement, support, leadership development and philanthropy, we help influence lives for the better.

As an organisation Freemasonry has always welcomed adult men of all ages, colours and cultures as equals in our fraternity.

Freemasonry on the Sunshine Coast dates back to 1896 with the formation of Rosslyn Lodge in Nambour. Since then the Craft as it is also  has been a big part of the fabric of the area.

From humble beginnings in the late 1800’s with meetings under a full moon on the beach at , and growing to a peak post War then in the 50’s and 60’s with Masonic Lodges in nearly all towns from Caboolture to Noosa, Cooroy to Kenilworth, before hitting a bit of a slow patch for a couple of decades.

in recent years Freemasonry has undergone a steady resurgence with Men again looking for a place to connect and find Brotherhood. Lodge numbers have not only stabilized but once again our Lodges are starting to grow. Their numbers swelling with younger as well as the recently retired and men from all walks of life finding their way into the Craft.

This website has been built by the local Sunshine Coast Lodges to make it easier for local men to connect and also to put to rest some of the misinformation that has taken place over the years. Freemasonry is different things to different people but the basic tenets of Faith, Hope and Charity ring true for every Brother.

Our history and traditions:

One of the aspects of Freemasonry that draws many men to become involved is its rich heritage and symbolism. Ancient documents trace the evolution of its ideas from antiquity to the Middle Ages to the present day.

Modern Freemasonry started as a brotherhood of stonemasons who built the great cathedrals of Europe but by the 1700s it had become a society that admitted people from all walks of life.

The first Grand Lodge, the Grand Lodge of England, was founded on 24 June 1717. By the 1730s Freemasonry had found its way to North America and it has had a presence in Australia since the early 1800s.

The first recorded Masonic activity in Queensland was in the state’s foundation year of 1859. The inaugural meeting of the ‘North Australian Lodge No 1’ was held in July 1859 in Albert Street in Brisbane and a strong tradition in Queensland has grown from those early days.

We welcome all ages, all backgrounds, all cultures – all brothers.

Our rituals and symbols:

Our ceremonies like the passion plays of old are used to pass on knowledge and marking a man’s progress through life and learning.

The exact content of some rituals is one of the aspects of Freemasonry, that remains confidential. We believe that our rituals, like many traditional rituals, have more power and significance through being revealed to initiates at the appropriate time. We certainly have nothing illegal, occult or abnormal to hide.

The origin of many of the symbols of Freemasonry is lost in time. Some speculate they go back to the building of King Solomon’s temple, others that they arose in Scotland in the 13th century or from the stonemasons’ guilds of the Middle Ages. Wherever the truth lies, the symbols continue to have power and resonance today.

The Benefits of Membership 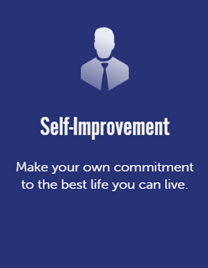 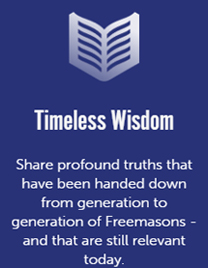 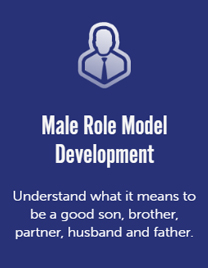 Ask any Freemason this question, and you’ll probably get a different answer from each one of them!

To put it simply Freemasonry is perhaps the most misunderstood, yet widely popular, “secret society” the world has ever known. And the most visible one. Some would say it’s a personal development program which promotes family and community values. Others would describe Freemasonry as a chance for both social interaction and “philosophical brainstorming”.

To most of us, Freemasonry is all of that, and more.